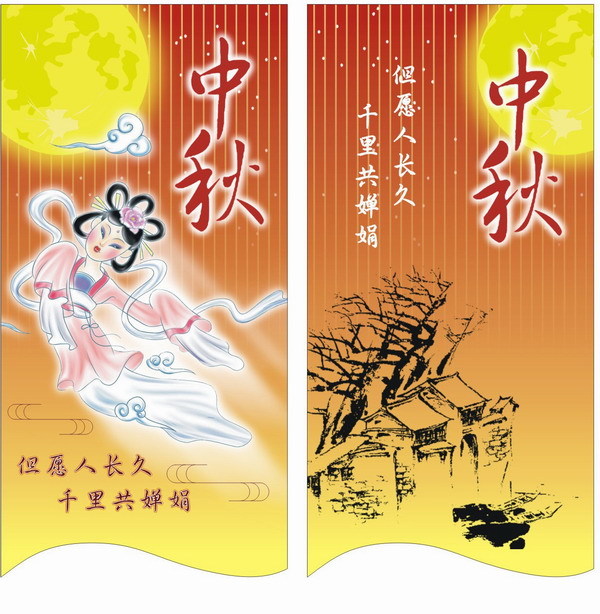 The Mid-Autumn Festival, also known as the Moon Festival, or in Chinese, Zhongqiu Jie, is a popular harvest festival celebrated by Chinese people and Vietnamese people (even though they celebrate it differently), dating back over 3,000 years to moon worship in China's Shang Dynasty. It was first called Zhongqiu Jie (literally "Mid-Autumn Festival") in the Zhou Dynasty. In Malaysia and Singapore, it is also sometimes referred to as the Lantern Festival or Mooncake Festival. The Mid-Autumn Festival is held on the 15th day of the eighth month in the Chinese calendar, which is usually around mid or late September in the Gregorian calendar. It is a date that parallels the autumn and spring Equinoxes of the solar calendar. The traditional food of this festival is the mooncake, of which there are many different varieties.

The Mid-Autumn Festival is one of the two most important holidays in the Chinese calendar, the other being the Chinese New Year, and is a legal holiday in several countries. Farmers celebrate the end of the summer harvesting season on this date. Traditionally, on this day, Chinese family members and friends will gather to admire the bright mid-autumn harvest moon, and eat moon cakes and pomeloes together. Accompanying the celebration, there are additional cultural or regional customs, such as:

Shops selling mooncakes, before the festival, often display pictures of Chang'e floating to the moon.